We are educators, philosophers, poets, and dreamers empowering students to be lifelong learners. 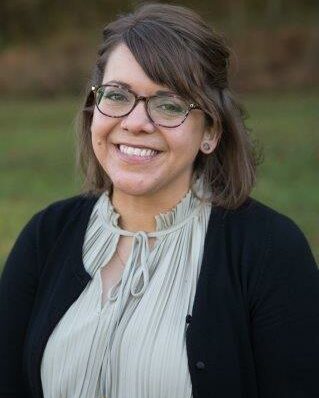 Mrs. Boomershine has been a constant presence and positive influence on JECA since the founding. She has committed steady regular time every week to the work of the school, especially time spent developing relationships, serving the faculty, and developing the school's aesthetic tastes and consistency. 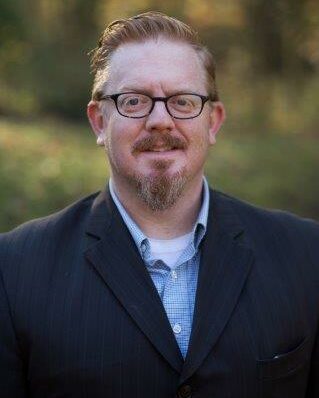 Mr. Boomershine has degrees from Bob Jones University in Counseling/Psychology (B.A.) and Educational Administration (M.S.). He has been with JECA since its founding in 2009. He and his wife Christie have five children at JECA. They live in Goodlettsville. 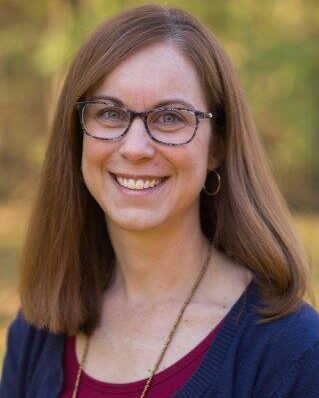 Mrs. Brogdon joined JECA in 2019. She earned an elementary education degree from William Carey University and has spent five years teaching in a classroom and twelve years homeschooling. Rebecca lives in Hendersonville with her husband Kyle and their five children. Her favorite things include music, books, traveling, and Chick-Fil-A. 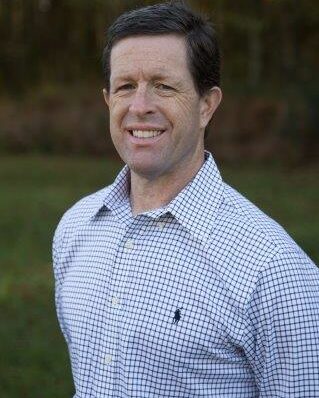 Mr. Clark has a degree in K-12 Education from David Lipscomb University and has been teaching PE since 1999. Bruce is passionate about physical fitness and nutrition and enjoys teaching others about the benefits of staying healthy. Bruce enjoys working outside and has a special fondness for cattle farming. He and his wife Julie have been with JECA since 2015. 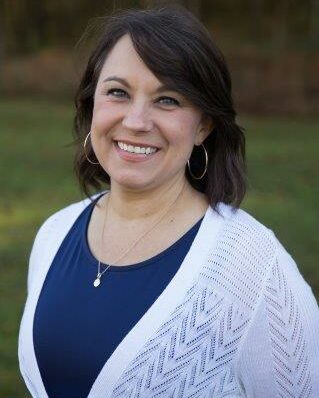 Mrs. Clark has a Psychology and Family Studies degree from Western Kentucky University and holds an M.A. in Counseling from Trevecca Nazarene University. She has worked with adolescents and families since 1995. She finds joy in singing, studying God's Word, and laughing with her family. She and Bruce live in her childhood home in Madison with their four children. 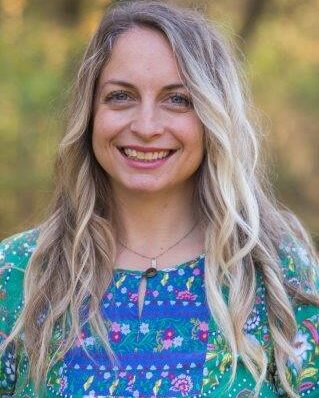 Mrs. Cook is a JECA mom to three girls and is a tremendous help to our Grammar School teachers. Megan lives in East Nashville and has been full-time with us since January 2020. 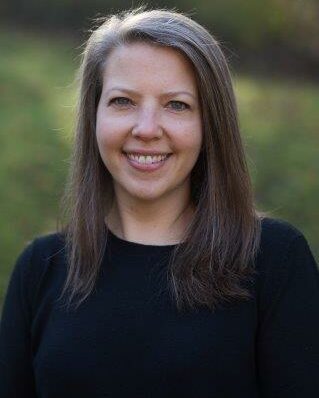 Ms. Cunningham has been modeling joyful learning with young learners at JECA since 2012. She has a B. A. in Voice Performance and a Master's in Church Music and utilizes her degrees as JECA’s Fine Arts Coordinator. In her free time, she loves reading beautiful stories, eating Mexican food, and cheering on her hometown Houston Astros. 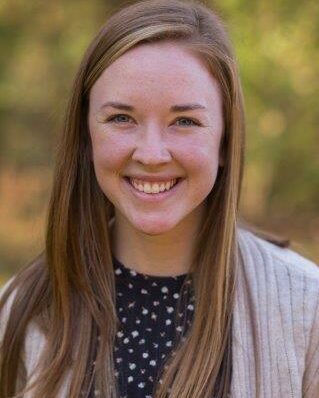 Mrs. DeLorenzo comes to us from Rome, GA where she is a graduate of Berry College with a degree in Elementary Education. She grew up in North Carolina and attended a classical, Christian school K-12. Her husband is a specialist for the WinShape Foundation at Belmont University. We are thrilled to have Sydney on staff with us beginning Fall 2020. 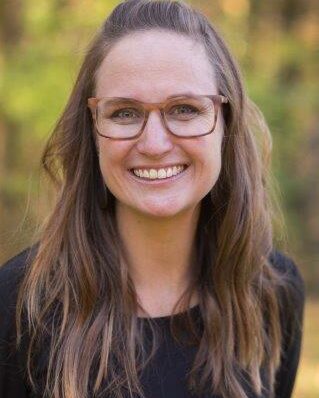 Mrs. Fentress graduated from Austin Peay State University in 2006 with a degree in elementary education. After spending eight years teaching fourth graders in the public school realm, she was blindsided by classical education and has been at JECA ever since. In addition to teaching fourth graders, she coaches cross country and helped establish JECA’s athletic program. She enjoys devouring books, camping, hiking, gardening, and all other manner of things that can be done outdoors. She is wife to Jacob, mother to Josie and Jack, and she and her family commute from Greenbrier, where both she and her husband have lived their entire lives. 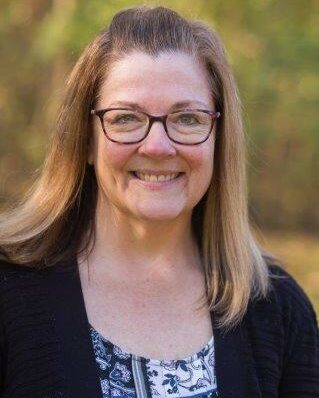 Mrs. Gambill graduated from Indiana University with degrees in Business Administration (B.S) and Computer Science (A.S.). She is happily married to Stephen, a pastor at Reformed Baptist Church of Nashville. They live in Madison with their two children, Hannah and Joshua. She has been with JECA since 2009. 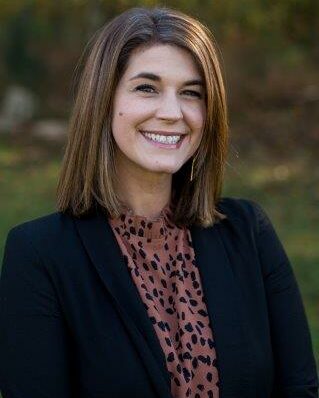 Mrs. Gosnell has been charged with assisting the board in establishing JECA's roots for the long-term. She and her husband Patrick live in Nashville and have two daughters. She has been with JECA since 2018 and previously worked at a large classical Christian school in Texas. Any given weekend you can find her with her family trying new restaurants in Nashville, trying new recipes at home, or attempting to keep her tiny garden alive. 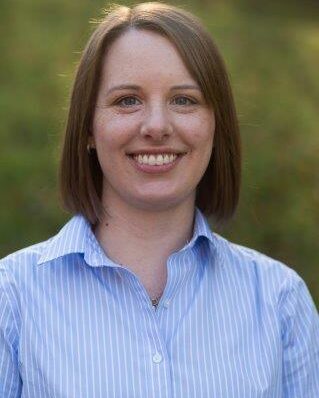 Mrs. Graham graduated from Lipscomb University with a degree in Psychology (B.A.). She and her husband Adam live in Joelton with their three children, and their two older children attend JECA. She joined JECA in 2018 as Registrar. They are members of Ethos Church in downtown Nashville. 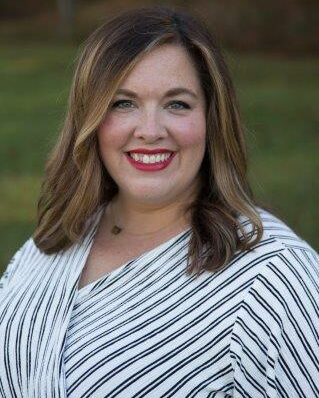 Mrs. Gray teaches music history, theory, appreciation, and performance at JECA. Our Upper School students receive instruction from her two days per week. She lives in Antioch with her husband Matt and their children. She has been on faculty since 2017. 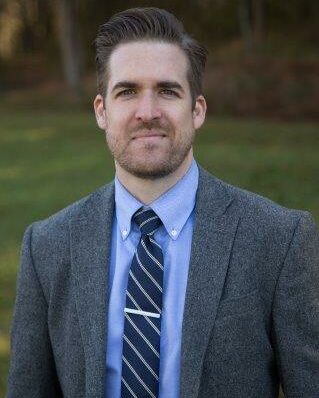 Mr. Haney has been a part of the classical Christian education movement since early childhood. He holds a degree in English from Belmont University where he studied literature, philosophy, and writing. He enjoys playing golf, watching movies, and mowing his lawn. He is a workaday minimalist and recovering neatnik. His wife Angie and son Ford make him bearable. 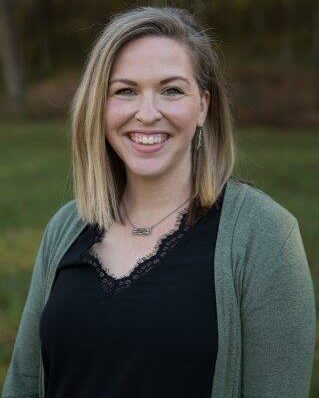 Mrs. Hornbeck lives in White House with her husband Eric and their two children. They are members at Redeemer Church in Hendersonville. She began working at JECA in 2018. She will smile if you ask her for her Enneagram number. 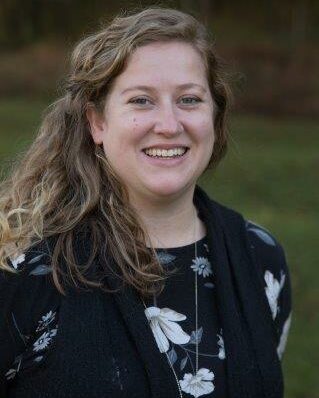 Mrs. Jantz joined JECA in 2018. She has degrees from Furman in political science and Latin and a Master's Degree from Trevecca Nazarene University in Library Science. She lives in Nashville with her husband John and their two young children. The Jantzes are members of Midtown Fellowship. 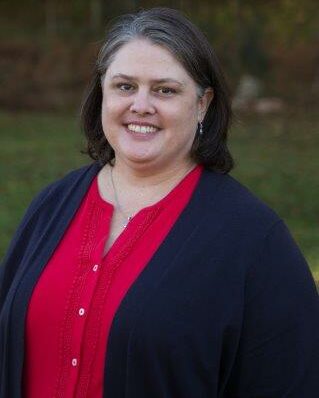 Dr. King joined JECA in 2016. While pursuing an English degree from the University of Georgia, she spent a term studying law, history, and architecture at Oxford University. After earning her Juris Doctorate from Washington and Lee University School of Law, she took a winding path through jobs at bakeries and cooking stores before beginning her teaching career in 2012. She and her husband Gene live in Greenbrier with their children, Morgan and Alex King. 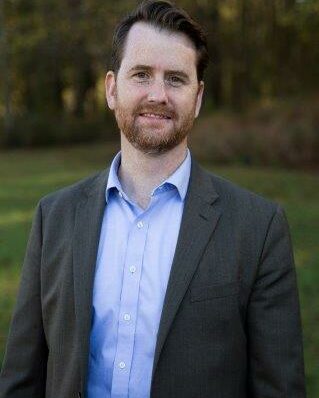 Professor King joined the JECA upper school faculty in 2017 and teaches Latin, the humanities, and mathematics in the upper school, as well as serving as JECA’s Academic Dean. He earned his undergraduate degree in sociology and criminal justice at the University of Georgia, including a term studying abroad at Oxford University, and completed his master’s degree in mathematics education at Lipscomb University. Gene has taught elementary, junior high, high school, and college students in classical Christian schools since 2004, and is eternally grateful to Homer, Euclid, Plato, Augustine, and C.S. Lewis for all the trouble they’ve caused him. He lives in Greenbrier with his wife, Damaris, and their two children, Morgan and Alex, both of whom are JECA students. 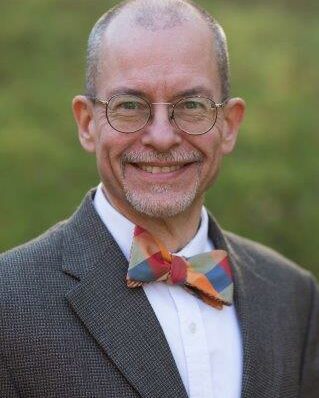 Mr. King began at JECA in 2011 and serves as Head of the Grammar School in addition to teaching upper school Bible. After earning BA and MA in Bible from BJU, he taught in several different Christian schools before settling with his family in Tennessee. He is married to Jill and delights in spending time with her and their three children. He enjoys cooking, barbequing, reading, gardening, and is a devoted fan of the Cleveland Browns. 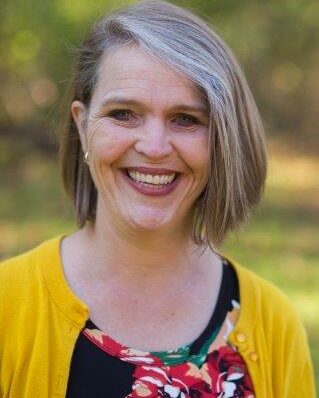 Mrs. King holds a degree in Elementary Education and has been behind the podium for 20 years, with 11 of those years in Kindergarten. The Kings have been with JECA since our inaugural year (2009), and Jill has been serving as the lead Kindergarten teacher (MWF) at JECA since 2010. Mrs. King enjoys thrift/bargain shopping, reading, Golly G's ice cream, and all things related to baseball in St. Louis. 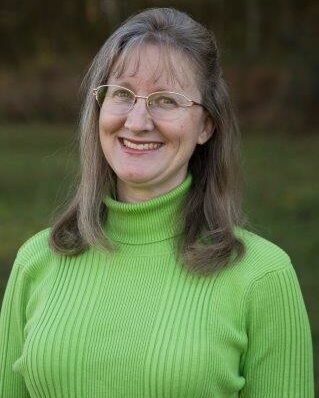 Mrs. Layman graduated from Bob Jones University with a B.S. in education. She and her husband Carl live in Old Hickory and have three children. She began teaching part-time at JECA in 2010. 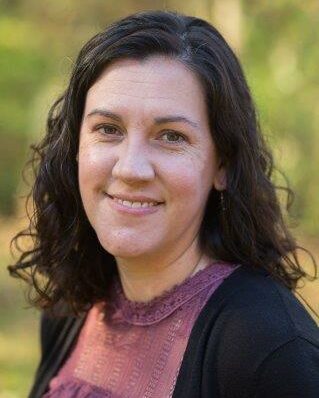 Mrs. Morrow joined JECA in 2017. She earned an elementary education degree from Murray State University and has since spent nine years in various teaching roles. Beth is married to Ben and they live in Hendersonville with their three kids. Her favorite things in these shadowlands are watching her children play in the rain, reading, sipping coffee with too much creamer, guacamole, and helping children develop a love for reading good stories. 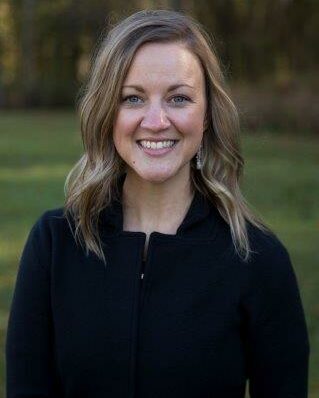 After graduating from Liberty University with a degree in Elementary Education, Mrs. Rose spent several years teaching in the Virginia Public School System. She got involved in classical education in 2014 before accepting a position at JECA in 2017. Since then, she has taken on the additional role of Varsity Volleyball coach. In her spare time, she enjoys nesting in blankets in a particular corner of her couch whilst reading a good book and drinking snobby coffee. She is also fond of camping, biking, and all sorts of competitions, preferably ones she can win. She is wife to Josh and mom to Hannah, Claire, and Evelynn. 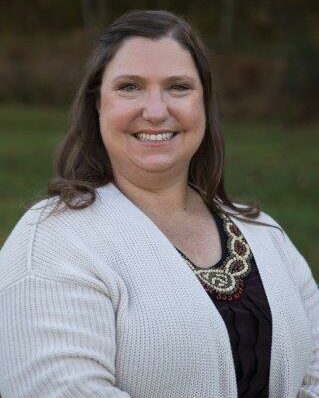 Mrs. Rouhotas comes to us with years of elementary teaching experience and she holds a degree from The Masters University in California. Steve and Brandy commute down from Greenbrier with their son and daughter and attend Reformed Baptist Church. 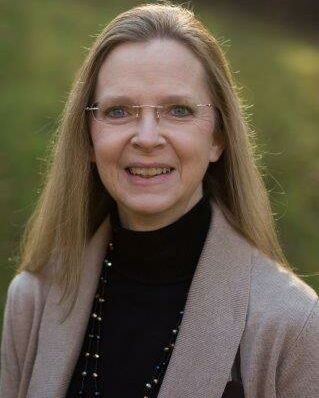 Mrs. Shumate began teaching visual art at JECA in 2012. After earning a BFA degree in studio art, she worked as a professional artist for 15 years before transitioning to a teaching career. Jami is married to Johnny and they have one son. She enjoys a perfectly brewed pot of afternoon tea, dark chocolate, English roundhand, good books, and fostering creativity in children by sharing her love of all things art with them. 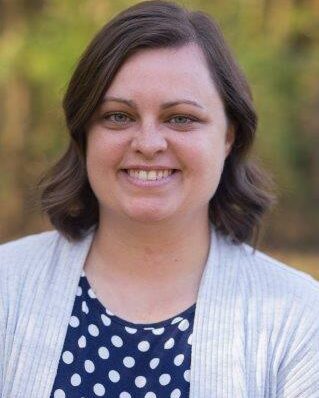 Mrs. Taylor joined us as a Teaching Aide in the Fall of 2019 and has been a blessing to our faculty. She is married to Matt and they have two girls in the Grammar School at JECA. She enjoys early mornings, reading, singing, coffee, Bible study, laughing with her children, and long conversations with dear friends. Her favorite place for conversation is on the back deck of her home in Springfield. 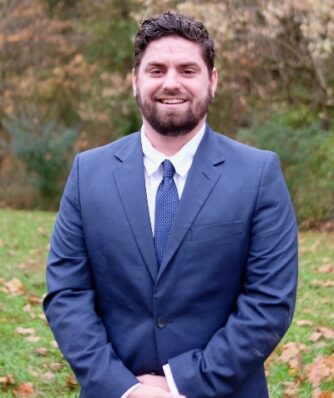 Mr. Thomas came on board as the Athletic Director before the 2019-2020 school year. He is married to his wife, Sierra. They attend The Movement Church in Hendersonville. He is studying Business Administration at Vol State. We are blessed to have him coordinating the logistics for all of our sporting events and coaching Varsity Boys Basketball. 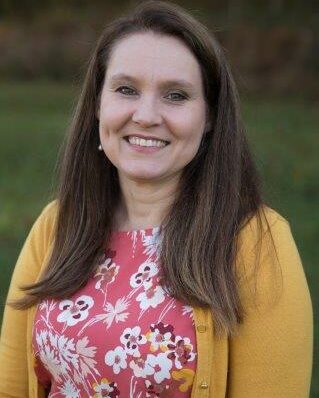 Mrs. Ward has a degree in early childhood education and is a long-time homeschool mom. She teaches Kindergarten two days a week. She and her husband Ben attend Reformed Baptist Church of Nashville. They have 4 children and recently moved to Goodlettsville from Lebanon.

"A teacher affects eternity; he can never tell where his influence stops." - Henry Adams